Three generations of the same family reflect on the 1967 migration agreement – the first to be signed with a majority Muslim country.

Sunday marks 50 years since the first group of Turkish migrants landed in Australia, following a 1967 agreement signed between the two countries.

The agreement came at a time when Australia was questioning its commitment to the White Australia Policy.

At the Kaya household in Sydney three generations reflect on life in Australia.

Now 97, Yasser Kaya arrived on the first flight from Turkey on 14 October 1968 after a migration agreement was signed a year earlier.

“Actually, I liked Australia in every aspect. It’s a beautiful country.  It’s multicultural. People from different cultures are getting along very well. They see each other as brothers and sisters. Because of this, there is no problem.” He came hoping to save enough money to buy a house in Turkey but decided to make Australia his home.

While life in Australia was generally good, Australia’s role in Gallipoli during World War One did taint some of his early experiences with an Australian workmate.

“We often talked but when he learned that I was Turkish, he stopped talking to me. I asked him why he didn’t talk to me anymore and he told me that my grandfather killed his grandfather … I asked him where he was killed and he said it was in Gallipoli.”

Also on board the 1968 flight was Mr Kaya’s wife Fatima and their children.

Initially Ms Kaya also thought the family would stay for a few years and eventually return to Turkey.

“In the beginning, we wanted to earn money then go back to Turkey to buy a house. But it didn’t happen. We worked here and my kids grew up here. When they started to go to school, I thought we were too settled for them to go back to the school in Turkey … But we went to Turkey frequently for holiday wıth my family.” The signing of the agreement saw recruitment campaigns launched in Turkey encouraging people to migrate with promises of work, open spaces, affordable housing and endless sun and surf.

Around 19,000 assisted Turkish migrants arrived in Australia between 1968 and 1974 through the agreement.

It represented a significant step in the gradual dismantling of the White Australia policy after a migration review in 1966 and which officially came to an end in 1973.

Andrew Jakubowicz is Emeritus Professor of Sociology at the University of Technology Sydney. He said Australia was on the lookout for more workers.

“After the recession of the early 1960s, many of the Italians and Greeks and other Southern Europeans started to go back to Europe because the European economy was starting to pick up. So Australia was looking for new workers, particularly industrial workers.” 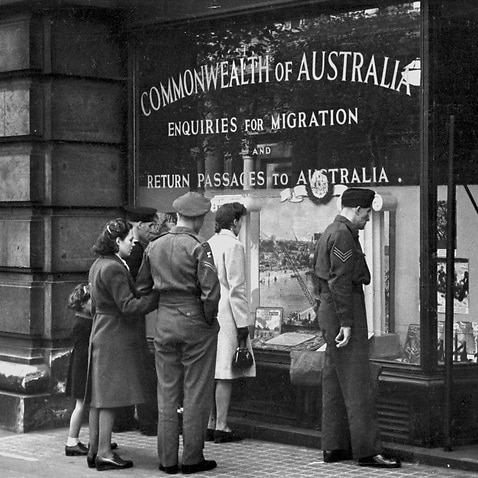 While small numbers of Turkish-Cypriots had migrated in earlier decades, the 1967 migration agreement was the first signed with a majority Muslim country.

It saw mainly Sunni Muslims, many of them rural workers, arrive along with small groups of political activists of all persuasions, Turkish born Kurds, Alawites and others.

Professor Jakubowicz said there was also a minority sent by the Turkish government.

“In this mix there were a lot of Turkish government agents as there were for instance in Germany, keeping an eye on what was going on among the Turkish communities.”

But the vast majority were simply ordinary families looking for a better life.

There were few support services and for the Kaya’s daughter Umit who arrived at the age of 11. It was other migrants who helped her fit in.

“Outside of our life at home at school we had mainly Greek friends because we were very similar with food and culture and we had made a lot of Greek friends more than anyone else.”

Ms Kaya says being from a Muslim country didn’t attract the attention it does today. As for granddaughter Esther who was born in Australia, she feels she’s one of the winners in the migration story.

“We sometimes underestimate how lucky we are and I say this on behalf of my sister and cousins that we are blessed with a family that came out here with nothing and grew it into something to give us an amazing lifestyle. I should probably speak on behalf of all ethnic families and kids and people my age that we have been given gold on a platter to make our lives better.”

Today there are around 60,000 Turkish speakers in Australia with many more claiming Turkish ancestry.